The determination of image compliance or non-compliance is important for Risk Management.

Aqua allows you to define and configure one or multiple image assurance Policies to evaluate the scan results (security issues found, if any) as per the criteria set in the policy. These policies include the specific controls (criteria) that Aqua will use to determine whether your images are compliant or not. The controls relate to the types of security issues that scanning may discover and/or other characteristics of the image.

Once an image has been scanned, Aqua evaluates the scan results (security issues found, if any) according to all image assurance policies whose scope includes the image in question.

This topic explains the components of image assurance policies that are used for scanning container images. These components include definition of policies and different actions, exceptions, controls that can be applied in a policy. This topic also explains the default policy and its configuration. To explore the default policy and the policy components, navigate to Policies > Assurance Policies. You can click any policy from the Assurance Policies page to explore the policy components.

An image assurance policy consists of the following components:

You can select any or all of the following actions to be performed on an image if the specific assurance policy fails:

You can select any or all of the following exceptions to the evaluation of the image assurance policy:

A control is an individual test that can be applied to the results of a scan as part of an assurance policy. You can include the following controls in Image Assurance Policies. An image is considered non-compliant if it fails any control in any of these image assurance policies. Each control has a checkbox to enable the control in the specific policy.

The first column of the table that follows contains icons to indicate policy support for the respective host: 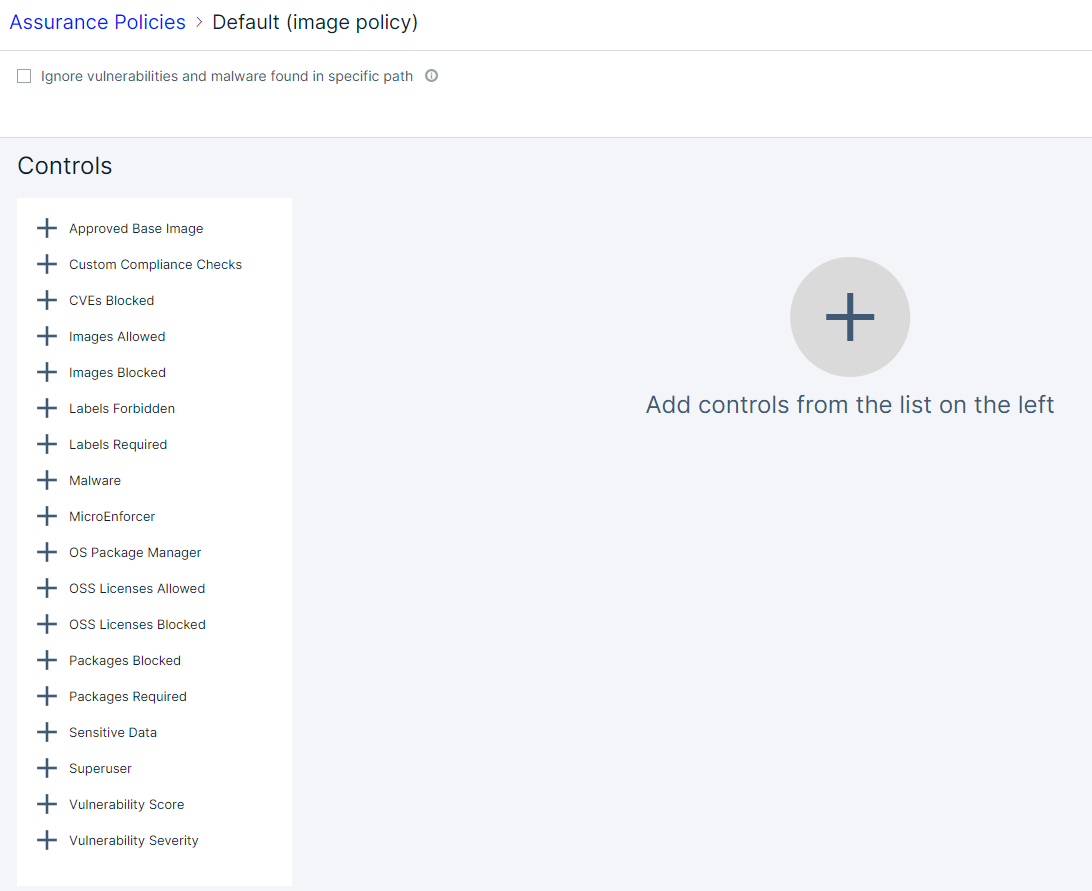 An image assurance policy named Default is predefined in Aqua. This policy has Global scope and is applied to all images after they have been scanned. This policy ensures all Aqua images are scanned for security even if there are no other policies defined in Aqua. You cannot change the scope of this policy. 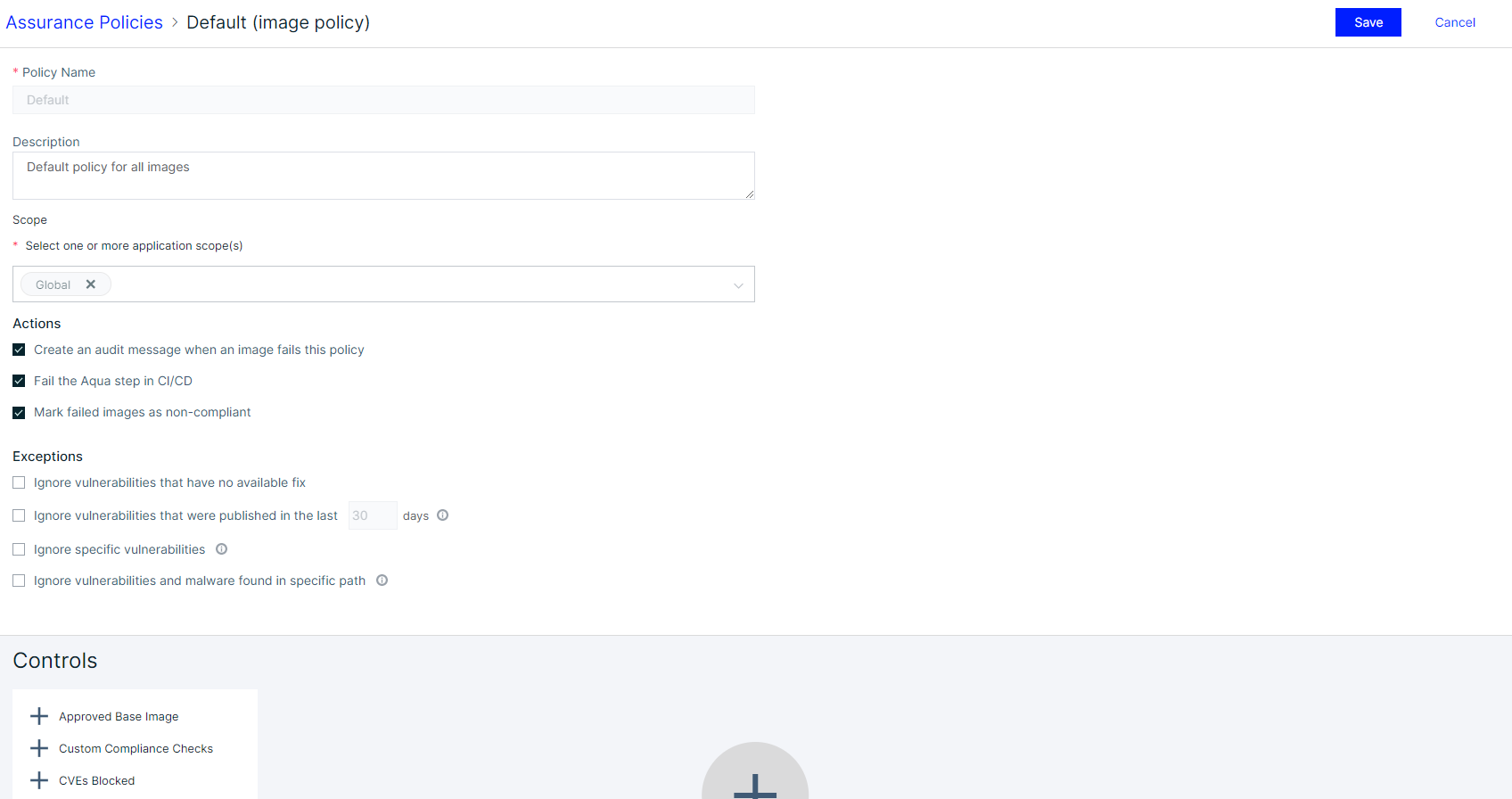 The Default policy is initially configured with both of the following actions:

Initially, the Default policy has no controls. You can include controls in this policy, similar to any other policy configuration. For more information, refer to Operations on Image Assurance Policies.